Tom and Abby Stuart had a wonderful life—until their 12-year-old daughter Caitlin disappeared without a trace. Four years later, the police find their daughter alive. She refuses to discuss anything that happened to her during the time she was gone. Of course, she is a stranger to her parents, who are hanging onto their marriage by a thread.

Cemetery Girl is a good psychological thriller, told from Caitlin’s father’s point of view. When the villain is finally revealed, he is especially repulsive. I will definitely try more novels by David Bell.
Tags:
fiction suspense/thriller
Tweet

Adrienne is 39 and desperate to be a mother. Her husband Gabe isn’t that anxious to have a family, but goes along with the idea to please his wife. After failed IVF attempts and being scammed by a fake birth mother, Adrienne is willing to do anything to fulfill her dream. Into their lives comes 19-year-old Leah, who is pregnant and not interested in keeping her baby. Leah, however, has some stipulations, including living with Adrienne and Gabe for one year before signing the adoption papers. What could possibly go wrong? Well, just about everything.

David Harwood is the main character in Linwood Barclay’s latest novel. He is a down-on-your-luck guy, a widower and father of a young boy. The newspaper he worked for has gone out of business, and he and his son live with his parents in Promise Falls, New York. A cousin he is close to has recently been accused of kidnapping a baby and killing his mother.

Since David has a lot of time on his hands, he sets out to prove his cousin’s innocence. In the meantime, there are several strange occurrences happening in Promise Falls, and the police are scrambling to find answers. Broken Promise is a good novel filled with suspense. The author left the ending open with several unanswered questions. Maybe there will be a Promise Falls sequel?
Tags:
fiction mystery suspense/thriller
Tweet

And Then She Was Gone by Rosalind Noonan (2014)

Set in Oregon, And Then She Was Gone focuses on Lauren O’Neil. At age 11, she was kidnapped on her way home from school. For six long years, her frantic parents search for her, never giving up hope she will be found. Finally, they get the call they’ve been waiting for, only to discover their beloved daughter has been transformed into a polite stranger afraid to come home.

Through the process of reunification, the O’Neil family must learn to become complete again. This novel is written with much sensitivity. Author Rosalind Noonan explores the very complex relationship that develops between child abductors and their victims.
Tags:
fiction mystery
Tweet

Dave Koz is a pro at playing the saxophone. Fans of jazz will love the special holiday CD. Dave Koz & Friends: The 25th of December includes 12 great songs, all with a jazzy twist. It's really fun to listen to in the car on the way to work!
Tags:
holiday jazz music
Tweet

Where They Found Her by Kimberly McCreight (2015)

This novel begins with a tragedy in the small affluent college town of Ridgedale, New Jersey: the body of a newborn girl is found buried in the woods near the university.

Molly Sanderson is a journalist, new to town, assigned to cover the sad story. It’s a real challenge for her, as she is suffering from a severe depression following the loss of her own baby. As Molly continues her investigation, she uncovers secrets that have been hidden for decades and comes to the realization that Ridgedale is not the idyllic place that its residents make it out to be.

Where They Found Her has good characters and some surprising twists. I hope Kimberly McCreight plans on writing more novels!
Tags:
fiction mystery suspense/thriller
Tweet

Fear the Worst by Linwood Barclay (2009)

Linwood Barclay’s thrillers are usually good at grabbing the reader right from the beginning and pulling him in. Fear the Worst is no exception to that rule. In this story, Tim Blake is just an average guy who is good at selling cars. He has an ex-wife and a 17-year-old daughter who is staying with him for the summer. His real nightmare begins when his daughter disappears, supposedly into thin air. When he starts to search, no one has heard of her, not even at the place she was working.

To make matters worse, he is constantly being watched because others are looking for his daughter too. They’re not planning a welcome home celebration, though. This is a good mystery that will keep you up late at night turning pages.
Tags:
fiction suspense/thriller
Tweet

Ellen is an overworked social worker with three children of her own. After a tragic accident occurs in her own family, she finds herself on the other side of the system she works for.

Ten-year-old Jenny, alone in Iowa, must rely on her street smarts to help herself.

When their lives intersect, the pair finds some unique ways to help each other. Little Mercies is a really good page turner, with characters you come to care about. Check out the latest from Heather Gudenkauf.
Tags:
fiction women's fiction
Tweet

Some of Nicholas Sparks’ novels are just really sad, but I still loved this one and have to recommend it. The character development and the plot have just the right amount of suspense thrown in to keep the reader turning pages.

Dawson and Amanda were lovers 25 years ago and are reunited in their North Carolina hometown after the death of a mutual friend. Neither has lived the life they had hoped to live, nor can they forget the special love that they shared.

In The Best of Me, you really come to care about the main characters as they struggle to accept and live with the choices they’ve made. After you read the book, check out the movie adaptation.
Tags:
fiction romance women's fiction
Tweet

Greg Kinnear is excellent in this lovely and thought-provoking movie based on a true story. He plays a minister in Nebraska whose young son has a near-death experience during emergency surgery. When his son starts talking about the people and the things he saw, at first no one believes him, not even his own family.

Connor Corum, who plays Colton, is absolutely adorable and you can’t help but fall in love with him. Heaven is for Real is beautiful and inspirational! Also check out the book.
Tags:
drama movie
Tweet

The Silent Sister by Diane Chamberlain (2014)

It's usually pretty easy to get quickly drawn in by Diane Chamberlain's novels, and this one does not disappoint. In fact, The Silent Sister is a great page-turner.

Riley MacPherson is the protagonist in this story. She is a young woman in her mid-twenties who has the unpleasant and depressing job of clearing out her childhood home after her father passes away. She discovers that her family kept many secrets during the time she was growing up, including a really huge one concerning her older sister. Very enjoyable!
Tags:
fiction mystery
Tweet

On the island of Nantucket, an entire community must learn how to come to grips, and attempt to deal with their sorrow, after a tragic car accident claims the life of a 17-year-old girl and seriously injures her twin brother.

Summerland is the first Elin Hilderbrand novel I have read, and it sure won’t be the last. She has a definite knack for delving into the lives of the major characters. By the end of the story, you really care and feel as though you actually know them. This was a very enjoyable novel – now I see why Hilderbrand is such a popular author!
Tags:
fiction women's fiction
Tweet

Grace, a career woman in her mid-thirties, enters into a relationship with Victor, a divorced workaholic with two children. After Victor’s ex-wife passes away suddenly under mysterious circumstances, Grace is thrown into all the turmoil that unfolds. Heart Like Mine is narrated by three different females. The character development is really good. I’m looking forward to reading more books by Amy Hatvany.
Tags:
fiction mystery women's fiction
Tweet

Jake Buckman is a successful businessman who longs to have a closer relationship with his 16-year-old son. He gets his wish when both of them try to cover up a tragic accident. Lisa Scottoline’s Keep Quiet includes plenty of suspense and is a good page turner.
Tags:
fiction suspense/thriller
Tweet 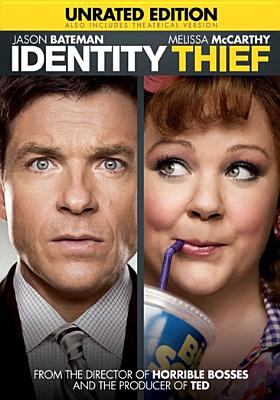 Jason Bateman and Melissa McCarthy really had fun making this movie! Diana (McCarthy) is a con artist who is living it up thanks to stealing Sandy Patterson’s (Bateman) identity.

Before his world comes crashing down around him, Sandy travels from Colorado, where he lives, to Florida in a desperate attempt to find Diana and clear his good name. Of course, to make life crazier, throw in a couple of “bad guys” and a bounty hunter who are also chasing Diana. Identity Thief is a funny movie – great for a Saturday night at-home date!
Tags:
comedy movie
Tweet
Previous     Next
1 2 3 4 5